Wolf Hall and The Lamentable Monotony of Anne Boelyn 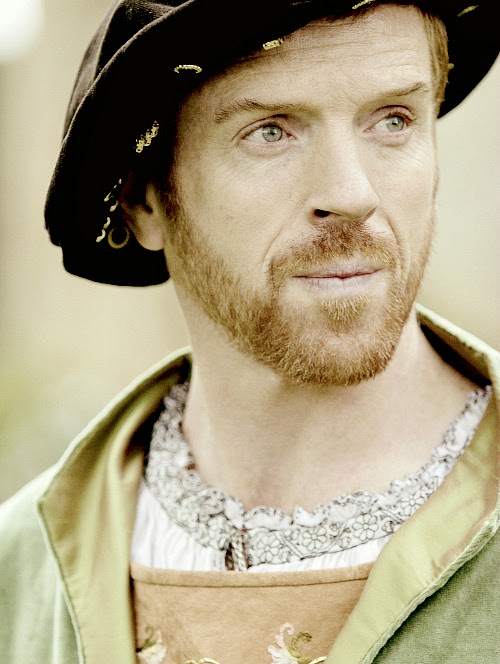 There is a third episode of Wolf Hall. My skin is itching to watch it, but I promised my husband I would wait for him so we could watch it together. We just started watching it this week. At first I thought hey, didn't they make this show already? Wasn't it called The Tudors? But friends, this time Henry VIII is played by my darling Damian Lewis, of Forsyte Saga fame. (Yes, he was also in Homeland, but that is for me forever eclipsed by the unimpeachable perfection of his performance as Soames Forsyte). And while watching Wolf Hall, every few minutes one of us will spontaneously remark, "This is SO much better than The Tudors!"

I don't mean to bash The Tudors too much, because I did enjoy it for what it was, and it really pioneered a new approach to costume dramas, which I appreciate. But I do find that shows since have really taken the whole gritty reality of history thing to entirely unnecessary levels. How bloody can we make the violence, and how raunchy the sex, and how filthy the peasants, while maintaining the smooth skin and perfect teeth of the romantic leads? I cite The Borgia, Pillars of the Earth and Marco Polo as examples, especially Marco Polo: "For your first challenge, you must pass through this this den of writhing, naked sex workers without giving in to temptation." 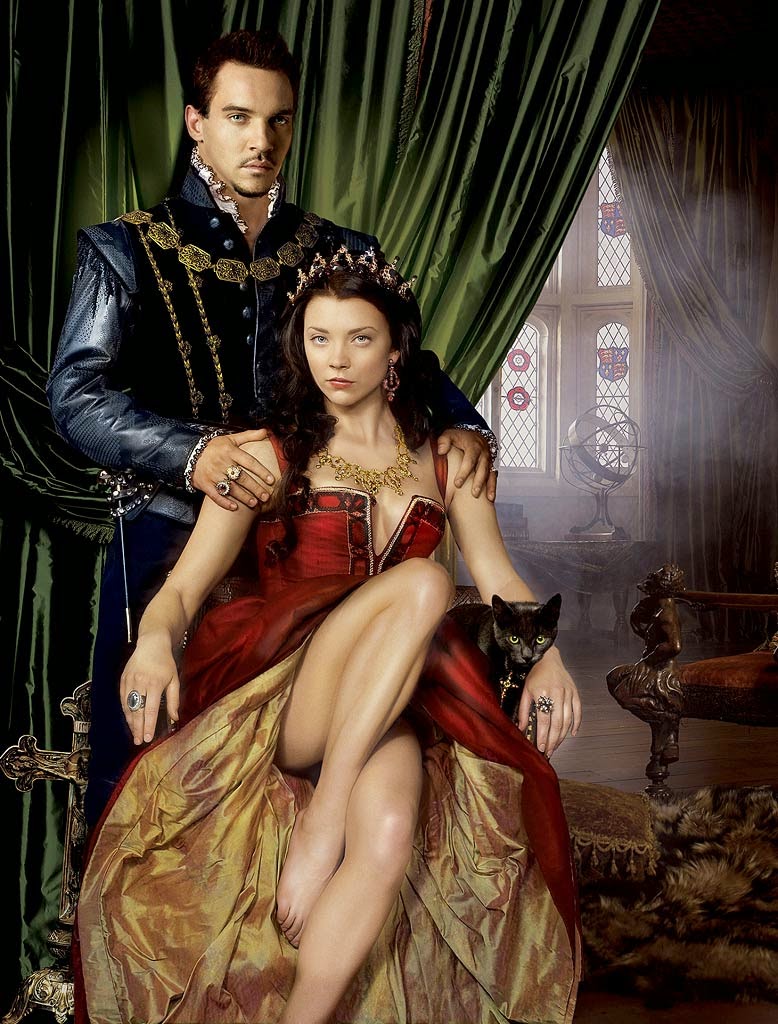 So, the Tudors was fun in the way it sort of spiced up history and got folks interested in the fact that people had sex in the olden days. Plus, it had great costumes. I can overlook a lot on the strength of good costumes. I even actually enjoyed The Other Boelyn Girl (the one with Natalie Portman and Scarlet Johansen), though it may have been a result of going in with incredibly low expectations: "Let's watch Hollywood starlets heave their overflowing corset bosoms!" And then it had some acting and a plot, so that was sort of an unexpected delight, and left me with kind of a pleasantly surprised feeling which has lead me, perhaps mistakenly, to remember it as somewhat of a good film.

But back to Wolf Hall. It also had great costumes, and subtle acting, and clever writing, essentially, everything I love in a show, plus Damian Lewis - bonus. And it has this lovely, natural pacing, and no artificial lighting, and apparently they did all the filming in the actual places where the historical events took place (at least, in all the buildings that still exist). Yes, it gets an enthusiastic thumbs up from me. I heartily recommend it.

It has for me but one flaw, well, I won't call it a flaw, because in isolation there is nothing wrong with it really, but it makes a particular choice which, in the context of all the interesting things they are doing with everything else, sort of irks me, because of how every other show on this subject has made the same choice despite very clear alternatives. 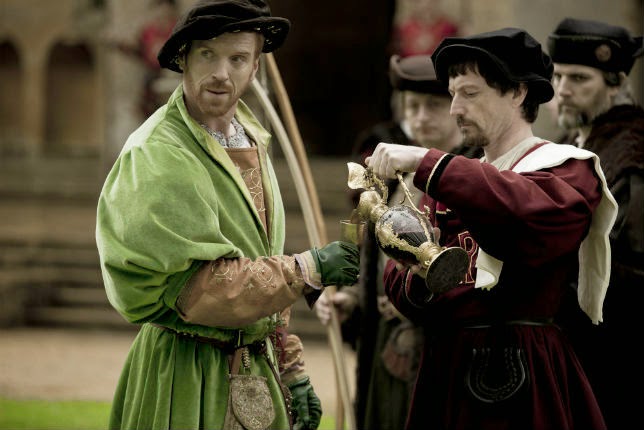 The portrayals of Henry VIII in all thees shows are varied and explore the complexities of his character and the different aspects of his person, even going so far as to cast Jonathan Rhys Myers in what I can only assume was an attempt to shed light on the athletic, young and virile incarnation of his lecherous self. Questions are explored, like was he really a bad guy, or just someone trying to keep his country together under trying circumstances? Cardinal Wolsey is shown sometimes as proud, ambitious and full of self-interest, and sometimes as a devoted and loyal servant who sacrificed everything for his king, and sometimes as a kind and holy man who was wronged by everyone he tried to help. The same diversity of angles are explored for other characters, like Sir Thomas Moore and Thomas Cromwell.

And this is all great. I love that sort of thing, considering what they all might really have been like, how history has painted them, and what the range of possibilities might be given what we know, or don't know, and maybe the annals of history have been tainted by the passage of time and the record-keeping of its adversaries... except for one thing. What about Anne Boelyn? 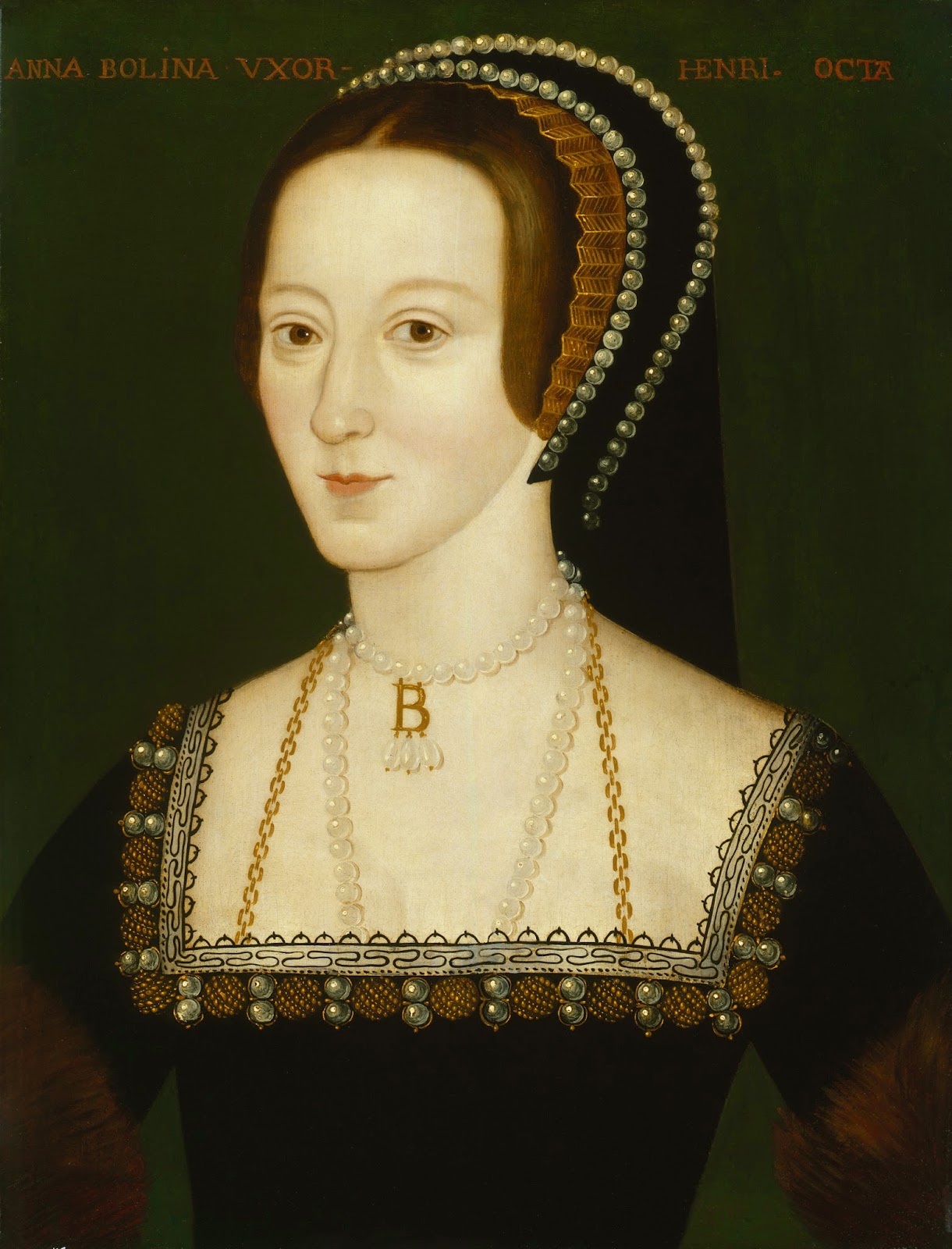 Anne is the pivotal character in the story. Anne changed everything. Anne was a fierce advocate for religious reform, long before and well after she set her sights on the crown. Anne outdid her predecessors in her acts of charity, both publicly and privately. Anne was raised as a courtier, yet became a skillful and clever politician. Anne bore Elizabeth I, possibly the most legendary of the country's leaders. Anne got everything she wanted and then got her head chopped off, the first queen ever to be executed. Anne was posthumously alleged (albeit falsely) to have had six fingers on her left hand. Anne is arguably the most fascinating figure in the entire story: complex, intelligent, devoted and courageous.

So why, I ask you, with ample vexation in my voice, has nobody ever done anything interesting with Anne? Why is she always portrayed as a saucy, tetchy, manipulative, precocious and even sometimes silly minx? Do none of the writers of these shows realize how misogynistic this is? Nobody ever explores the possibility that her religious beliefs were anything but conveniently adopted in order to get herself on the throne, when the historical evidence is that she was deeply religious and had been so since her days in France. Plus, even after she was crowned, she continued fervently to confront corruption in the Church and to press for changes that even exceeded King Henry's intentions. She kept illegal religious material on display in her chamber, material which others had been burned at the stake for possessing. To me, this is clear evidence that her religious beliefs were more than just a means to an end, but were matters she took very seriously. And look at this picture. Does she look like a seductress to you? Or does she look like a severe and strong-minded woman?

The fact that she refused to sleep with Henry before they were married is never treated as anything but a cunning device to keep him interested and ensure that he marry her. I have never seen it suggested that perhaps she was actually concerned with her own virtue, that she actually took her chastity seriously, which conclusion would accord with her level of religious commitment. I think it at least worth considering that she was actually just sticking to her guns and wasn't going to compromise her soul for any man, not even the King. 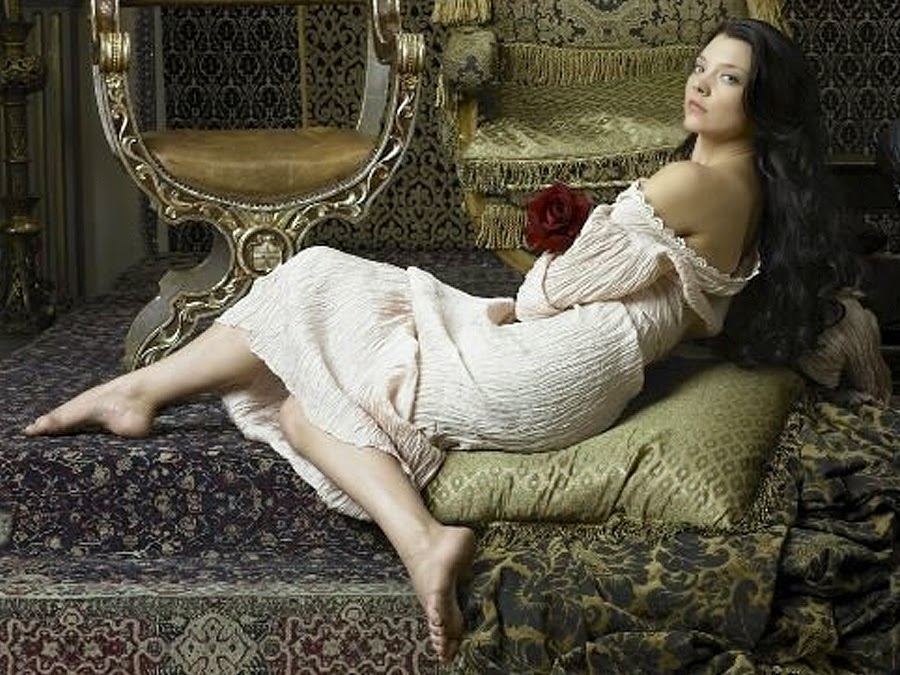 I would like to see a portrayal of Anne that proposes that what she purported to be she actually was, that maybe she was extremely principled, that Henry was drawn to her not because she tossed her hair like Natalie Dormer, but because her core was as tough as his, because she had a keen mind and because she was interested in her country and cared about how it was run.

I mean, maybe she was just a selfish, conniving wench, but I think it terrifically unimaginative and lamentable, if not actually offensive, never to consider any other possibility and to leave such a dynamic and intriguing historical figure so one-dimensional and monotonous, particularly when giving all the male characters such multi-layered and original treatment.