What would Jane Austen eat for breakfast? 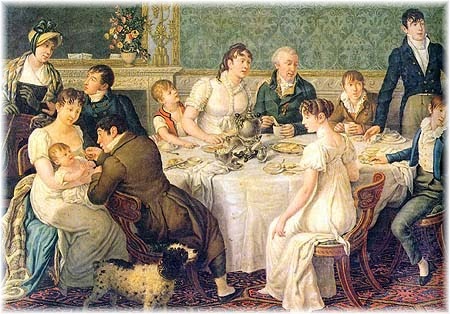 The answer, tea and toast, is not very interesting I grant you, but the rise of the tea and toast breakfast, at least in my opinion, is.

You see, not long before her time, the usual breakfast of English champions was the famous Beef and Ale breakfast. Yes, that's right, beef and ale for breakfast. Appetising right?

In my post about death by teeth, we learned about how the English loved their sweets, but they also were renowned for their love of meat. The French called them a country of flesh eaters. They mostly lived off meat and cake.

As for the ale, well, it was weaker than the beer we drink now, quite watery in fact. Until they started drinking tea, the English pretty much didn't drink anything that wasn't at least a little bit alcoholic. This is because alcohol cleans the water, so adding a little makes things safe to drink. Water was not considered safe to drink on its own, and it probably really wasn't. I have heard a theory, which makes a good deal of sense to me, that the real reason Bath was so effectual at curing certain illnesses is because people "took the waters" there, from the spring. It was reputed that it contained healing properties. Perhaps it did. But it was also the only water they drank. And they were often prescribed it in rather large dosages. For a people who lived on meat, sugar and alcohol, this alone was probably sufficient to address many of their ailments. 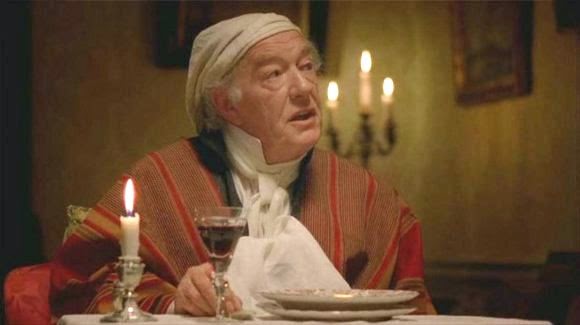 You will recall Mr. Woodhouse, in Emma, drinking wine and water, which was considered a very mild drink. Ale was particularly popular because you could grow grain in England, and therefore it was in ample supply. But tea was another story.

We think of tea as quintessentially and eternally English, but if you think about it, that can't possibly be true. As you might guess, tea doesn't grow in England. There is a woman in Victoria, Canada, who is starting to grow tea, but it is very weak and will take generations to develop into something drinkable, and may never be any good because,although Victoria is the warmest part of Canada, it is still really too cold for tea.

In England, I am not aware of anyone even attempting it. But those cheeky colonials got away with claiming for England lots of other countries, and with them all their resources. As the British Empire expanded into the East, the English were introduced to tea. In later years, they would go to great lengths, including devastating wars, to keep their tea supply flowing. 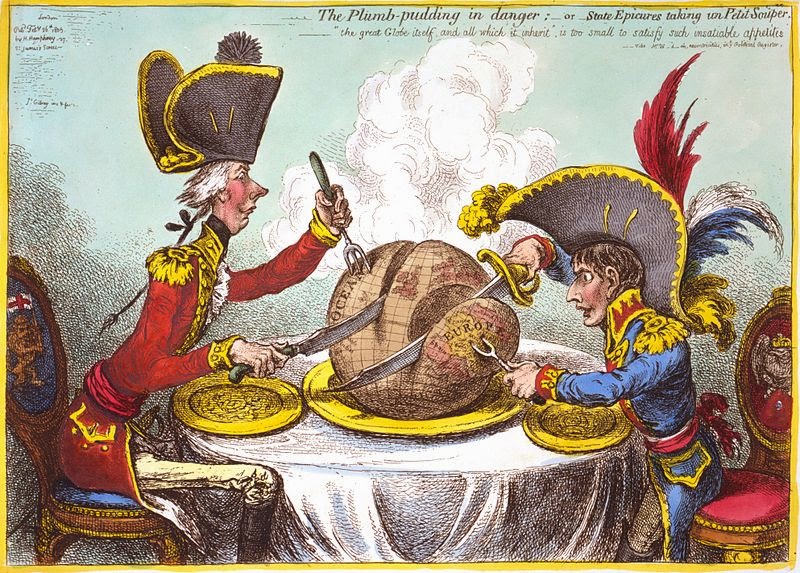 The excellent benefit of tea was that it required the water to be boiled, making it safely drinkable. It was VERY expensive and consequently became very fashionable. By Jane Austen's time, it was indispensable. See my post about tea, to read about just how valuable it was. 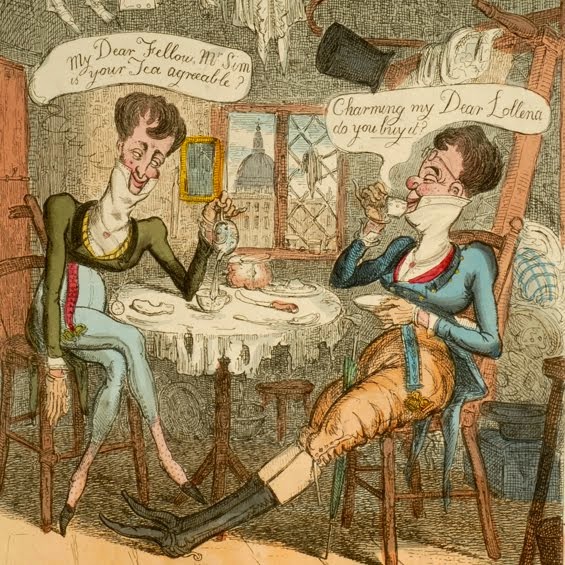 There were, however, those who did not think tea was right for England, crotchety old men who thought beef and ale was perfectly good for their ancestors and should be perfectly good for everyone else - none of this foreign, new-fangled tea business coming in and taking over the good, old-fashioned English ale. Some said tea was bad for the health, citing the change in the complexion of young ladies as evidence. Tea has taken the blush right out of their cheeks, they said. Never mind that it was not the tea taking it out so much as that the young ladies were no longer in a constant flush from being ever so slightly drunk.

Having abandoned their beef at breakfast time, the English clung to their cake. With their tea and toast they also ate pound cake, and lemon drizzle and various other sweet baked goods. They also drank cocoa. This was probably the healthiest thing they ate. Cocoa at least has some antioxidants. And they didn't at first take it sweet like we do. Cocoa was initially a watery, spicy drink, not at all the sweet, creamy thing we have with marshmallows around the fire. They may also have eaten chocolate, but I cannot confirm that. And I very much doubt Mr. Woodhouse would approve if they did.