Mr. Darcy was actually a plumber

I do not, of course, mean Fitzwilliam Darcy, of Pemberley, and indeed, the character was created before the engineer became known. It is just a bit of trivia to get your attention. But something I did learn at a talk by Beatrice Nearey at the Edmonton Library, is that there was running water in London in the time of Jane Austen, which I found surprising.


I recall watching the Forsyte Saga miniseries in 2003 (which, by the way, is possibly the best miniseries ever made and stars Damian Lewis in possibly the best performance ever given, making me resent that his rise to fame came from Homeland when I had been singing his praises for over a decade. Also, Homeland is excellent and I really like it, but I only watched it because it has Soames Forsyte in it.) 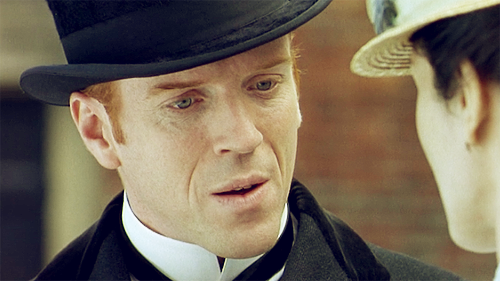 There is a scene in which the character Irene goes into the bathroom, gets in the tub and turns on a tap. When I first saw this, I wondered about the historical accuracy of a Victorian having running water. It seems it was not only possible but quite likely. By the late Victorian period in which the book is set, Mr. Darcy had long established his pressurized water system in France. And Soames Forsyte was a man of Property and lived in Montpelier Square, which was quite posh.


At one point, water was piped in to London from Hertfordshire through the hollowed-out trunks of trees by the New River Company. I wonder how this could possibly be effective, but I am told it was done. The water only went to the most well-to-do houses, such as those in Montpelier Square, and ran for a total of 24 hours per week.

By Jane Austen's time, there were several water companies, such as Chelsea Water Works, distributing water in London. Normal people got their water from the Thames through a distribution system that was, at least at one time, made of lead.


At one point along the New River, the water was used to flood a large theatre for something called Aqua Drama, or Aquatic Theatre. This was a sort of entertainment in which naval events were staged on massive water tanks for the enjoyment of the paying public. They had actual ships made by actual shipbuilders, albeit on a smaller scale, but that were actually capable of firing real guns - inside the theatre. I do not know if anyone was ever killed in these enactments. It would not surprise me. The idea came from the ancient Romans, was revived in Medieval England, and apparently returned again to amuse the Georgians.


Melanie Kerr is the author of Follies Past: a Prequel to Pride and Prejudice